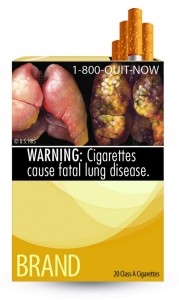 Of course, the scope of umbrella clauses is dependent on the language in particular BITs, which varies widely from one treaty to the next. Accordingly, there is no uniform understanding as to the meaning of umbrella clauses. Narrow umbrella clauses are unlikely vehicles for vindicating international trade rights. A treaty commitment such as that addressed in SGS v. Philippines to observe any obligation a Contracting State “has assumed with regard to specific investments” is unlikely to encompass legislative measures or treaty commitments. By contrast, broad umbrella clauses are better candidates for vindicating trade rights, such as the BIT clause at issue in Noble Ventures, Inc. v. Romania, which committed Romania to “observe any obligation it may have entered into with regard to investments.”

ICSID tribunals have interpreted broad umbrella clauses to give investors treaty rights with respect to unilateral undertakings of the State embodied in municipal law. In CMS Gas Transmission Co. v. Argentina, the tribunal concluded that utility tariffs designed to attract foreign investment were “legal … obligations pertinent to the investment.” In LGE v. Argentina, the tribunal concluded that abrogation of guarantees made to investors in a statutory framework gave rise to liability under the umbrella clause. In Enron v. Argentina, another tribunal concluded that the umbrella clause referred to “any obligations regardless of their nature.” This included not only contractual obligations, but also “obligations assumed through law or regulation” that are “with regard to investments.” In Sempra Energy International v. Argentina, a tribunal found that major legal and regulatory changes introduced by the State as part of its public function constituted treaty violations under the umbrella clause. Finally, in SGS v. Paraguay, a tribunal interpreted a broad umbrella clause as creating “an obligation for the State to constantly guarantee observance of its commitments entered into with respect to investments of investors of the other party. The obligation has no limitations on its face—it apparently applies to all such commitments, whether established by contract or by law, unilaterally or bilaterally.”

Note that these sweeping pronouncements do not require that a State’s commitment reference a specific investment or contract. As long as legislative or executive measures relate to the promotion or regulation of investments, they constitute unilateral undertakings covered by a broad umbrella clause. Such ICSID jurisprudence has led María Cristina Gritón Salias to conclude in this book that “tribunals overwhelmingly accept the application of umbrella clauses to obligations assumed unilaterally by host States,” whether those undertakings are “made through legislation or otherwise.” Likewise, Darius Chan has opined here that “the current tide of jurisprudence concerning umbrella clauses is in favor of such clauses encompassing host State commitments of all kinds.”

Assuming such interpretations are correct—which is by no means clear—this has significant implications for the WTO. If trade obligations are subject to investment arbitration, it would authorize private parties to initiate trade cases. Private rights of action through investment arbitration would supplement the diplomatic espousal of claims before the WTO.

This is precisely what one foreign investor has argued with respect to alleged WTO violations as a result of Australia’s plain-packaging laws. On November 21, 2011, Philip Morris Asia Ltd. filed an investment arbitration claim against Australia pursuant to the Hong Kong-Australia Bilateral Investment Treaty. The central contention of Philip Morris is that Australia’s plain packaging legislation violated various international obligations. Among the claims it filed is one under the broad “umbrella clause” in the BIT, which provides that “[e]ach Contracting Party shall observe any obligation it may have entered into with regard to investments of investors of the other Contracting Party.” According to the Notice of Arbitration:

This [umbrella clause] obligation is broader than specific obligations … made by the host State to investors…. It also encompasses other international obligations binding on the host State that affect the way in which property is treated in Australia…. [T]he relevant obligations are those enshrined in TRIPS, the Paris Convention, and TBT. [Claimant] as an owner of the investments is entitled to expect Australia to comply with its obligations pursuant to those treaties. By adopting and implementing plain packaging legislation, Australia has failed to observe and abide by those obligations.”

In response, Australia argued that:

The meaning and scope of such provisions is a matter of great controversy. However it is clear in the instant case that … the “umbrella clause” in Article 2(2) cannot be understood as encompassing general obligations in multilateral treaties…. Rather … the “umbrella clause” … only covers commitments that a host State has entered into with respect to specific investments…. [T]he obligations under the multilateral treaties … are not “obligations” which have been entered into with regard to investments of investors” of Hong Kong, but are rather obligations that operate on the inter-State level, with their own particular inter-State dispute resolution procedures.

It is too early to assess the likely success of such claims, but if the recent “umbrella clause” jurisprudence is accurate the claims are at least colorable.

First, umbrella clauses in BITs could create a private right of action for resolving WTO disputes. Investment arbitration circumvents the traditional barriers to initiating a WTO dispute. Diplomatic espousal is no longer a reliable check on the pursuit of unmeritorious claims. Through umbrella clauses foreign investors could seek recourse for violations of investment obligations that form part of WTO disciplines.

Second, with WTO dispute settlement the Member States control all decisions with respect to adjudication and resolution of the dispute. Investors may prefer an alternative dispute settlement process that places such decisions within their control. The incentives to settle an investment dispute depend on satisfying investors concerns rather than satisfying the disputing Member States’ concerns.

Third, with limited exceptions, the WTO prohibits unilateral trade remedies. Article 23 of the DSU provides that Member States “shall not make a determination to the effect that a violation has occurred … except through recourse to dispute settlement in accordance with the rules and procedures of this Understanding.” Investment arbitration is not a unilateral remedy imposed in response to a WTO violation, but neither is it WTO dispute settlement. Investment arbitration may provide a vehicle for compensating or attenuating the harm caused to investors without offending the WTO restrictions on unilateral trade remedies.

Fourth, WTO remedies are prospective, while investment arbitration remedies may be retroactive. The goal of the WTO adjudication is to bring Member States into conformity with their trade obligations. The goal of investment arbitration is, consistent with traditional understandings of state responsibility, to “wipe-out all the consequences of the illegal act and reestablish the situation which would, in all probability, have existed if that act had not been committed.”

Thus, liberal interpretations of broad umbrella clauses that encompass investment commitments in WTO undertakings may prove to be an attractive avenue for future investment arbitration.