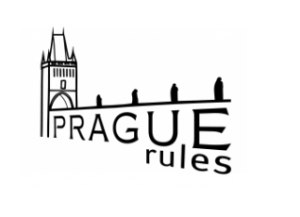 Leaving aside whether the Prague Rules are truly representative of the civil law world or just certain legal systems within it (that would be a separate debate of its own), the biggest cultural divide in international arbitration is not civil versus common law approaches.

There is no doubt that, as the Prague Rules state, parties to international arbitration usually desire an efficient and speedy process. Just as much – and perhaps even more – they want predictability. They will want to know how the arbitrators will conduct the proceedings, how they will weigh the evidence, what legal issues they will focus on, and how long it will take to obtain a final award.

By contrast, the hallmark of international arbitration is the tribunal’s ability to formulate procedures that are suited to the particular parties and their disputes.  This flexibility is largely what distinguishes international from domestic arbitration, with tribunals in the latter case generally applying a “one size fits all” approach copied from local litigation practices.

In terms of setting up the procedure for an international arbitration, the concepts of predictability and flexibility are polar opposites. And in resolving this tension, it is predictability that typically loses out.  This is natural.  Arbitrators, once appointed, are not bound to follow the parties’ expectations. In fact, they may not even know what the parties’ expectations are.

The most common source of party dissatisfaction is not the rules

Unlike the standard procedures applied in domestic arbitration or court litigation, parties to an international arbitration will usually need to wait for Procedural Order n. 1 before they can advise their business clients on how the proceedings will unfold.

And when it arrives, parties often find the arbitration will not be what they expected when the tribunal was appointed.  The range of procedural approaches that different arbitrators will bring to the same set of rules can be a source of either criticism or praise, depending on one’s point of view. In 20 years of representing my company in disputes around the world, I have experienced international arbitrations firmly rooted in the extremes of civil and common law procedural approaches, all with tribunals purportedly referring to the IBA Rules. This is usually over the protests of at least one unhappy side.

Fancy that:  a service profession where a paying customer could not predict what service they would receive until it was too late to change course.

Not surprisingly, parties often sour on the arbitration before the proceedings are fully underway.

As with the IBA Rules of Evidence, the Prague Rules cannot be more effective than the arbitrators called to interpret and apply them.

In cases where both sides agree to apply the Prague Rules because they share common procedural values, there will be no pressing need for them. If the arbitrators apply expansive procedures that clearly neither side wants, the parties have a problem that no set of rules will fix.

Where, by contrast, the parties are from different legal cultures and have divergent views of procedure, the Prague Rules will be put to the same test as the IBA Rules the moment either party accuses the tribunal of failing to provide a fair opportunity to present their case.  Some arbitrators will default to more expansive procedures, going a considerable distance to avoid any semblance of denial of due process and to maximize international enforceability of the award.

There will be no speedy proceedings with these arbitrators, especially since the Prague Rules give them reasons to be concerned about enforcement. In contrast to the balanced approach of the IBA Rules, some parts of the Prague Rules may strike foreign courts as per se violations of due process. These include the tribunal’s ability to pronounce its preliminary views on the disputed issues at the initial case management conference (article 2.3(e));2) The Prague Rules anticipate that this is likely to pose a problem and seek to address it through a disclaimer in article 2.3(e) that, “such preliminary views shall not by itself be considered as evidence of the arbitral tribunal’s lack of independence or impartiality, and cannot constitute grounds for disqualification.” It is open to question whether any enforcing jurisdictions would treat the right to assert lack of an arbitrator’s impartiality as being waivable by a party. Further, as a recent Kluwer post noted, however, the language of article 2.3 is likely unworkable given that almost all documents today are in electronic form and, notably, the rules do not define what they mean by “e-discovery.” avoiding “any form of discovery, including e-discovery” (article 4.2); the ability of a tribunal “to give as much evidential value as it deems appropriate” to the statement of a witness who is not called to testify (article 5.8); or the tribunal’s raising legal issues not pleaded by the parties (article 7.2).

Other arbitrators, of course, will be more restrictive, and will not feel they must accommodate the demands of the party that cries the loudest.  These proceedings will indeed be more efficient. This occurs today under the IBA Rules.

The main difference is not driven by the rules adopted for the proceedings, but how the arbitrators choose to apply them (or not) and how they otherwise conduct the proceedings.

While parties will use the civil/common law distinction as a way to reduce the guessing-game when appointing arbitrators, this dichotomy is simply a proxy for assessing whether the arbitrator will likely adopt restrictive or expansive approaches to procedure, ie, to create predictability.  It is not always an accurate proxy, however. There are many civil law arbitrators who will easily indulge a party’s excessive and expensive document requests.  And there are many common law arbitrators who would never tolerate this.

If the Prague Rules were to adopt the terminology of “restrictive/expansive” or an equivalent, instead of relying on outmoded characterizations of regional procedures, they would stand a greater chance of influencing international practice by helping to overcome the tension between the desires for predictability and flexibility.

Here are four ways a future iteration of the Prague Rules could have a broad impact without ever being adopted as the rules of evidence or procedure in a single international arbitration.

2. An ala carte approach to procedural devices. A serious shortcoming of the Prague Rules for international cases is that they are a full set of procedures to be accepted or rejected in their entirety. This is a pity, since it means they will often be rejected in cases where parties are from different backgrounds, but might be amenable to some portions but not others.  For example, my business would not be well served if all of our disputes were to be entirely under civil or common law procedures, and I hope we will never be forced to make this choice. For most cases, we will prefer a mix that we believe is best for a given dispute, such as the front-loading of pleadings (civil law), a willingness to dispose of key issues early (common law), more evidentiary weight given to documents than witnesses (civil law), limited or at least tightly focused discovery (hybrid of civil and common law), and party-appointed experts (common law). If proposed as discrete tools instead of a full set of procedures, the Prague Rules would likely find greater acceptance and use.

3. As a means for arbitrators to publicly declare their preferences. There is no reason to make parties guess about the procedures a proposed arbitrator prefers for most cases. If an arbitrator appears at a conference and declares that they are willing to apply the Prague Rules, this may provide parties with a considerably greater sense of predictability when appointing them (or not).3) Even better, the arbitrators may issue written declarations of their support for the Prague Rules or any of the procedural devices they include. Encouraging arbitrators to be more forthcoming with their procedural preferences was proposed in the article, Puppies or Kittens: How to Better Match Arbitrators to Party Expectations.

4. Prompting better conversations between parties and tribunals on procedure. Rather than relying on unstated and inaccurate presumptions of what the parties want, arbitral tribunals may consider using the Prague Rules as a source of conversation for shaping the procedure to fit their real expectations. They may do this even while applying the IBA Rules of Evidence.  The desire for better “conversations” over the means of resolving disputes was a key finding of the Global Pound Conference, which surveyed dispute stakeholders in 28 cities between 2016 and 2017.4) See the GPC Report on Data Trends and Regional Differences. A full report of all Global Pound Conference survey results and findings will be published in early 2019. Exploring the parties’ procedural expectations is simply good practice that arbitrators should engage in more frequently.5) The value of more discussion with parties about their procedural expectations is forcefully set out in Carita Lindholm Wallgren’s Predictability of Proceedings in International Commercial Arbitration – And is there a Nordic Way?, Festschrift to Gustaf Möller, Tidskrift utgiven av Juridiska Föreningen i Finland (JFT) 2011.

The Prague Rules should occupy a bigger tent

The initial draft of the Preamble to the Prague Rules stated that they were drafted as a response to the IBA Rules of Evidence, accused of being “closer to common law traditions, as they follow a more adversarial approach regarding document production, fact witnesses and Party-appointed experts. In addition, the parties’ entitlement to cross-examine witnesses is almost being taken for granted.”

The preamble was recently revised to remove this criticism, and any mention, of the IBA Rules of Evidence. It now states more broadly that, although “initially intended to be used in disputes between companies from civil law countries, [the Prague Rules] could in fact be used in any arbitration proceedings where the nature of the dispute or its amount justifies a more streamlined procedure actively driven by the tribunal.”

This change is a step in the right direction, away from a small tent inhabited by those from a shared legal culture, and towards the bigger tent of international arbitration.