Professor Vladimir Pavić is one of the leading scholars and practitioners in the area of international arbitration in Southeast Europe (SEE). He is Full Professor at the University of Belgrade, Faculty of Law where he teaches an array of courses, including among others, Arbitration Law, Competition Law, and Private International Law. He holds an SJD degree from the Central European University. In addition to being Vice President of the Belgrade Arbitration Center (BAC), Professor Pavić is a member of the VIAC International Advisory Board, ICC Central and Eastern Arbitration Group and is featured on lists of many arbitral institutions.

Professor Pavić, thank you so much for speaking with us about institutional arbitration in the region of Southeast Europe. 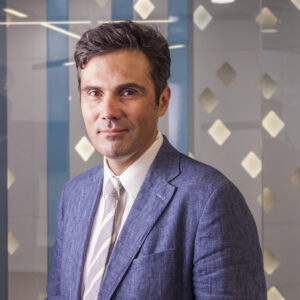 I would say that a certain degree of inertia, perception of arbitration as a domain of solely international disputes or those involving ‘big players’, including governments, remains as a psychological obstacle for prospective new users. For repeat users, I would say it would be the tie-in with the judiciary and its performance in the setting aside and recognition proceedings. Finally, at least some institutions have been relatively slow to introduce administrative practices which implement modern technology.

The challenges I referred to are almost entirely extraneous and institutions can address them indirectly: popularization of arbitration among prospective users is a matter of permanent and steady engagement and performance of the judiciary is better left to scrutiny of academia. Feedback and correction never happen overnight. As for technological innovations, they are being gradually implemented, and I am happy that the Belgrade Arbitration Center, from its inception, favored paperless arbitration and that almost all of its cases have been concluded through electronic exchange of documents, which is most welcome by experienced arbitration practitioners.

Again, most of it is inertia and misperception. During socialism, arbitration was perceived mostly as a channel of dispute settlement with the capitalist West, and the occasional headline in the newspapers is about arbitrations involving state or state-owned entities (investment and commercial). The bulk of the cases should always be domestic, and this stubborn misperception will take more time to eradicate. For repeat players and those involved in foreign trade it is less of a problem – it is more of a question of which rules to choose and where the seat will be. International corporations present in the region have their dispute resolution policies and, to put it mildly, from what I have seen, they tend to be fairly idiosyncratic.

Case generation will predominantly be influenced by the size and structure of the economy. SEE countries’ economies are relatively small and international trade ties them strongly to the more developed countries. It is not realistic for regionally-based arbitral institutions to compete against the major arbitration centers for big cases; that would be an exercise in futility. But, just as there is no shoe suitable for every weather, I would argue that smaller, regional arbitral institutions can be nimbler and quicker in deciding small and medium-sized disputes, while remaining cheap. This seems to be a model that most of the regional instutitions are following, and this was the type of work for which BAC was established. We looked at the type and value of arbitrations that were generated regionally and domestically and designed our rules and schedule of costs accordingly. We will see if the structure of the caseload and perception of the region and regional arbitral institutions might change in the context of implementation of the Open Balkan economic integration initiative.

There could be more cooperation, that is for sure, especially when it comes to raising awareness among potential users.

I would say that in the context of the SEE (and decades of socialist and communist rule) the above concerns have somewhat different weighted average. At least when it comes to Serbian Arbitration Association and the Belgrade Arbitration Center, I can state with confidence that we have managed to ensure diversity among board members in both Association and the BAC, as well as with respect to appointment of arbitrators, without any need to resort to rigid formulas. Two out of five BAC Board members are women, and one of them, Professor Maja Stanivuković, is the President. Two out of five members of the Board of the Serbian Arbitration Association are women.

“Something old, something new, something borrowed…” and at least have some clue – with regard to what kind of disputes you expect to administer. We looked at the statistics, polled our practitioners for what they normally encounter and who would be the potential users of the rules and then drafted the rules so as to address pertinent issues. Be flexible, and at the same time make sure not to overwhelm the first-time users among practitioners. As with every set of rules, there are things that could have been done differently, and everyday use immediately singles out provisions that might be improved. But, if there is any advice to be given, it is that, when writing a set of rules for a regional or local arbitration center, one should build the rules around the expected tasks and not necessarily try to replicate the latest amendments to the rules of the major arbitration centers. Ideally, rules should be flexible enough, feel familiar and without surprises to a user coming from outside of the region and, at the same time, not be too ‘foreign’ or even overwhelming to an inexperienced regional user.

For example, we do not have expedited rules and the proceedings are initiated by statement of claim exclusively. Most of the regional users find this approach simpler, it is more intuitive for first-time users and accelerates proceedings in the small and medium cases without the need to add another layer of (expedited) rules.

I expect some challenging times because of now enduring and deepening economic problems, which might reflect on the case load and willingness of the parties to pursue arbitration. Ongoing economic woes might lead to more disputes on the basis of the existing clauses. At the same time individual players might become more selective in pursuing arbitration due to cost concerns. This uncertainty is nothing new, just plays out in an ever more difficult market setting. On the other hand, it will be interesting to see whether a period of political and economic polarization might be a boost for arbitration in a way it used to be during the period of the Cold War.

Thank you for your time and perspectives – we wish you continued success!