At Kluwer Arbitration Blog, December is the month to thank our readers, collaborators and editors for their readership, contributions and support. 2022 was a year of hope, after two long years of Covid-19 restrictions, without having the opportunity to meet in person.

But 2022 has been yet another demanding year: We have continued to deal with the end (one would hope!) of the Covid-19 pandemic, while facing new challenges. The war in Ukraine has triggered, as expected, strong reactions from the arbitration community. While the war is still ongoing, and its long-term political, social, and legal ramifications for the nation, the region, and the world are yet to be seen, the arbitration community has already come together. Our community has worked to ensure that the terror of war does not strip out opportunity and hope. Initiatives were launched in the war’s earliest days to support young arbitration practitioners and students, including those involved in various arbitration moot competitions. One of many such initiatives, the Safe Harbor, led by Prof Patricia Shaughnessy, Stockholm University, and Alicja Zielinska-Eisen, of Counsel at Queritius and Lecturer at Humboldt University of Berlin, has facilitated numerous internships for Ukrainian mooties with law firms in Sweden, Poland, Germany, Romania, Austria and beyond.

Kluwer Arbitration Blog has celebrated its 13th anniversary in 2022, with a big-bang at ICCA Edinburgh, with the Kluwer Arbitration Live Quiz (live recording available on Arbitration Station), and we took a moment to look at the statistics of the Blog of these past years. 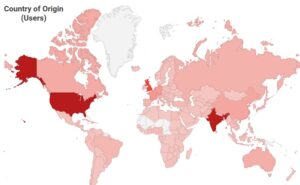 2022 has seen numerous – expected or not – developments for international arbitration. Turkmenistan and Suriname acceded to the New York Convention. Angola signed the Convention on the Settlement of Investment Disputes between States and Nationals of Other States (ICSID Convention), while Kyrgyz Republic ratified the ICSID Convention in April 2022, 27 years after it first signed it.

Meanwhile, there were several major developments across the regions. The revision of the 1996 English Arbitration Act has progressed, with the Law Commission publishing a consultation paper containing reform proposals. In North America, the U.S. Supreme Court, in ZF Automotive US, Inc. v. Luxshare, Ltd., has held that 28 U.S.C. § 1782 does not permit discovery assistance from U.S. courts for private foreign or international arbitrations. The 2022 Nigeria Arbitration and Conciliation Bill and the 2022 Sierra Leone Arbitration Act are two notable developments in Africa. In Dubai, following last year’s watershed changes brought by Decree No. 34/2021, which provided for the consolidation of local arbitration centers into a single institution, DIAC released its 2022 revised arbitration rules, which provided the arbitration community with much needed clarity and closure. In Pakistan, the ADR Committee, recently constituted on the initiative of the Secretariat of Law and Justice Commission of Pakistan, is aimed at helping the judiciary reduce the backlog of cases by implementing alternative dispute resolution mechanisms.

Investor-State dispute settlement (ISDS) reform continues under the auspices of UNCITRAL Working Group III, the developments intra-EU ISDS offer imminent developments. After the first arbitral tribunal in the SCC case of Green Power v. Spain upholding the effects of Achmea CJEU judgment; the Higher Regional Court of Cologne has ruled that RWE and Uniper, ECT arbitrations are inadmissible under German law due to their intra-EU nature, while the Swedish Supreme Court has set aside the SCC arbitral award in PL Holdings v. Spain, followed by the Svea Court of Appeal setting aside the award in Novenergia v. Spain, on the basis of Achmea and Komstroy CJEU judgments. In this context, the news that the much needed modernization of the Energy Charter Treaty (ECT) will be postponed, did not came as a surprise. While the ECT Modernization Group has agreed, in principle, in June 2022, on the modernization of the ECT, the European Union could not secure the support of its Member States for the adoption of the modernized ECT by the Energy Charter. With France, Poland, Germany, Spain, the Netherlands, Slovenia, Luxembourg and Austria announcing or contemplating the withdrawal from the ECT, the European Parliament is now calling for a coordinated exit from the ECT by the EU Member States. Interestingly, as we have pointed out in December 2021, we are still expecting that the European Commission will reveal the proposal for the ‘Intra-EU investment protection and facilitation’, as the consultations have been concluded in September 2020.

The Blog is also the result of the fruitful collaboration with its publisher, Wolters Kluwer, and the Editorial Board is grateful to Vincent Verschoor, editor and content manager with Wolters Kluwer, for ensuring that we deliver the best final product to our readers. We are also grateful to the permanent contributors and to the affiliates of the Blog, some being with us from the first days of Kluwer Arbitration Blog.

At Kluwer Arbitration Blog, we are committed to reflecting, in the posts, the arbitration developments and the arbitration community. We also believe that the arbitration community must actively pursue gender, age, racial etc. diversity in international arbitration and Kluwer Arbitration Blog is ensuring that this is reflected in its publications and in its editorial board. We support the diversity initiatives in arbitration, including Arbitral Women, ERA Pledge, R.E.A.L, Mute-Off Thursdays. And for our colleagues – arbitral institutions, law firms and users of arbitration -, the latest resource: Compendium of Unicorns: A Global Guide to Women Arbitrators, a directory of over 170 experienced female arbitrators launched by Mute-Off Thursdays, with the support of Global Arbitration Review and Burford Capital, is a must have in 2023.

We would like to thank YOU for all your support, and we send our best wishes for the Festive Season. We wish you a better 2023, with peace, health and joy!

Prof Dr Crina Baltag, Managing Editor, on behalf of the Editorial Board